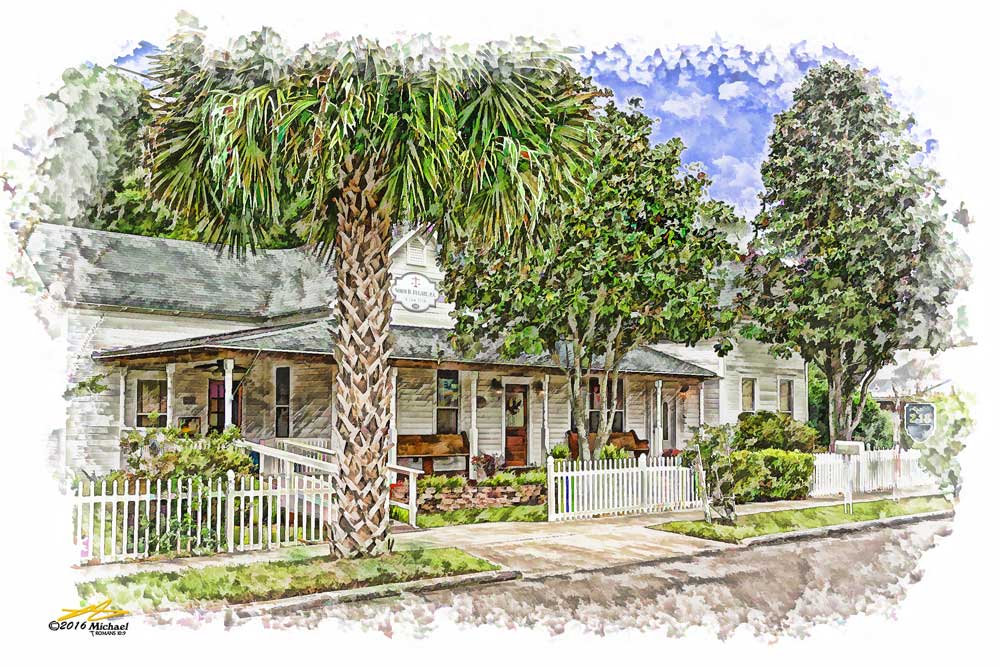 Established in 1995, Norm D. Fugate, P.A. was founded by attorney Norm D. Fugate in his hometown of Williston, Florida. After a 15-year career in banking, in 1992 Fugate returned to his Alma Mater, the University of Florida, to pursue his law degree. Upon graduation from law school there was no question, he would choose to establish his practice in Levy County, Florida, where his family has roots dating back six generations.  In 2012 Woodroe “Blake” Fugate joined his father’s firm, having returned to law school after a career in banking.

Today the firm is well situated to serve the various legal needs of its community. With a strong sense of giving back to the community we serve, firm attorneys and staff are actively involved in various community activities.  From civic clubs, such as Rotary, to our local churches, we believe that our local ties afford us a unique advantage in understanding and representing our clients in all their legal needs.

Norm Daniel Fugate was born and raised in Williston, Florida. He is a graduate of Williston High School, and he received his Bachelor’s Degree in Business Administration from The University of Florida.

Norm is married to Janice, who played an integral role in the founding of Norm D. Fugate P.A. Together they share 6 children and 7 grandchildren.

Norm is a founding member and past President of the Rotary Club of Williston. He is also a member of the Board of Directors of the Eighth Judicial Circuit Bar Association and serves as a Commissioner of the Eighth Circuit Judicial Nominating Committee as appointed by the Governor of Florida. He is a sixth generation Floridian currently living in Williston, Florida.

Woodroe “Blake” Fugate was born and raised in Williston, Florida. He is a graduate of Williston High School and received his Bachelor’s Degree in Business Administration from The University of Florida. During his undergraduate, he worked with the law firm, Norm D. Fugate, P.A., as a title examiner/legal assistant.

After graduation, Blake married the love of his life, Lana, and they moved to Jacksonville Beach. He went to work as an officer in the credit department of a community bank. After working his way up to Vice President of the bank he decided return to school to earn his law degree.

Blake attended Jacksonville’s law school, the Florida Coastal School of Law while remaining at the bank throughout his legal studies and helping them through their acquisition by Ameris Bank. During this time, he also worked at Norm D. Fugate, P.A., in preparation for his legal career. His daughter, Estella Jo, was born during his first year and his son, Ford, was born during his last year of law school. Blake’s second son, Hank, was born 4 years later.

Blake received his Juris Doctorate in December of 2011 and was sworn in as practicing Florida attorney in May of 2012. He is a general law practitioner with a concentration in real estate, probate, estate planning, local government law, financial institution representation, and business law.

Blake is the youth teacher and member of the finance committee of the First United Methodist Church of Williston. He has also served as an officer for the Rotary Club of Williston and the Young Lawyers Division of the Eighth Judicial Circuit Bar Association.  Blake is proud to be the voice of the Williston Middle High School football team, announcing all their home games. He is a seventh generation Floridian currently living in Williston, Florida.

Fugate & Fugate provides this site as a general information service to our clients and other friends. These materials are for informational purposes only and are not legal advice. This information is not intended to create, and receipt of it does not constitute, an attorney-client relationship. Internet subscribers and online readers should not act upon this information without seeking professional counsel. Do not send us confidential information until you speak with one of our attorneys and get authorization to send that information to us.

The hiring of a lawyer is an important decision that should not be based solely upon advertising. Before you decide, ask us to send you free written information about our qualifications and experience.